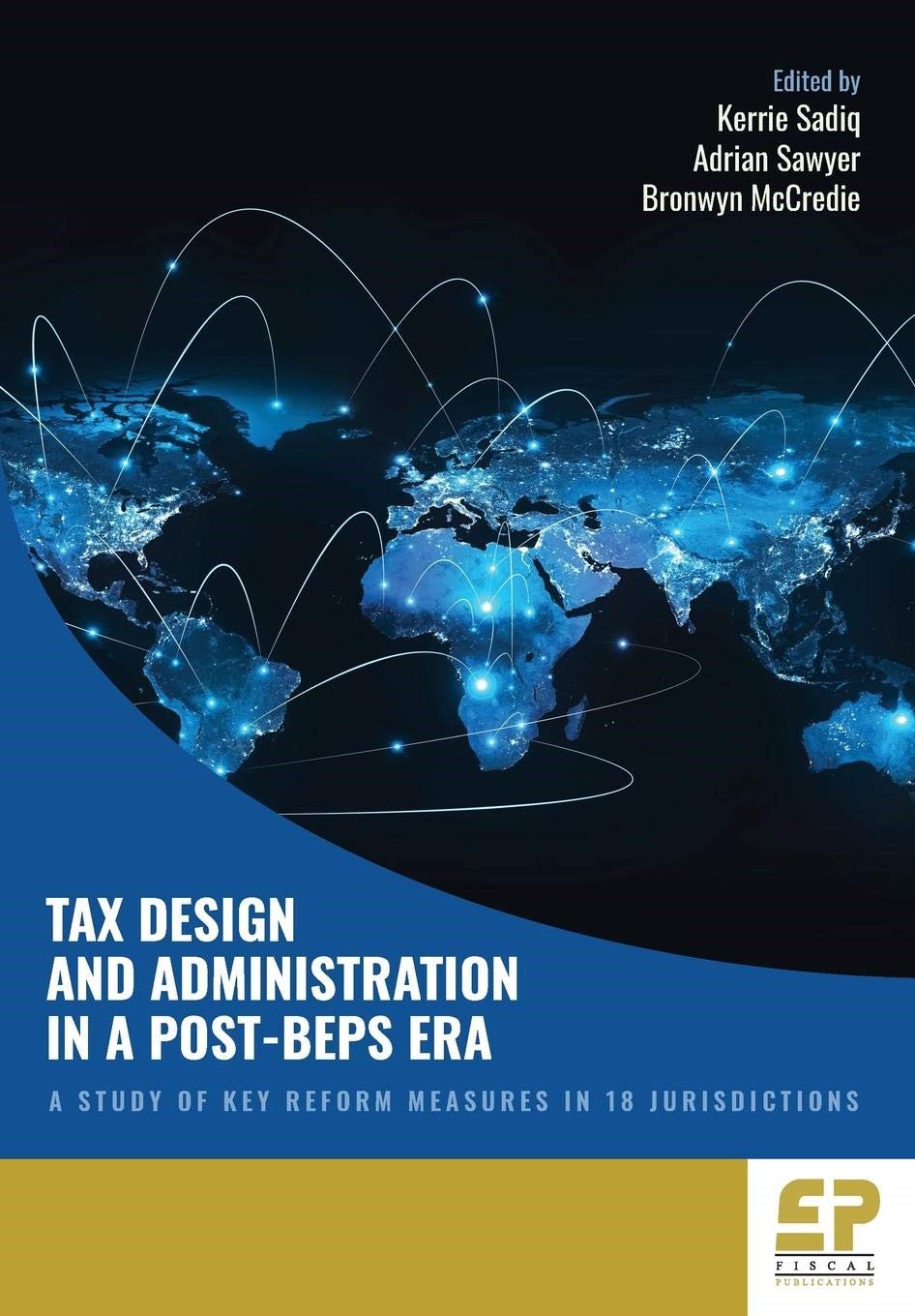 Tax Design and Administration in a Post-BEPS Era: A Study of Key Reform Measures in 18 Jurisdictions

“In 2015 the OECD released its roadmap to address Base Erosion and Profit Shifting. The global tax reform package, with 15 Actions, is designed to equip countries with the tools they need to ensure profits are taxed where economic activity occurs and value is added. This volume is a comprehensive stock-take of the BEPS implementation that looks beyond a mere checklist of action or non-action to explore the experiences of 18 different jurisdictions. It highlights the different approaches taken by capital importing and capital exporting regions, developed and developing countries, OECD and non-OECD members and well as G20 and non-G20 members.

Expert authors from Australia, Canada, China, Hong Kong SAR, India, Indonesia, Japan, Korea, Malaysia, the Netherlands, New Zealand, Nigeria, Singapore, South Africa, Thailand, the United Kingdom, the United States, and Vietnam have contributed chapters to this volume. Each provides the ‘must-know’ answers to questions that all stakeholders in the tax system are asking in relation to the domestic implementation of the largest reform of international tax the world has seen in a century.”

Can't get to TRN 21 (8-10th Sept) in person this year ? Why not get the full experience (well nearly full!) as a virtual delegate? See details of the event and book to attend here - http://ow.ly/cIPV50FwM2Y